Originally published in the GLOBE AND MAIL

When Thirza spun a tale, you leaned in. She was a deeply funny woman and skilled storyteller. I loved hearing her stories over and over, but my mother told me this one last summer – for the first time – after being diagnosed with an aggressive cancer.

In the late 1960s, she had no firm career plans, but she was very bright and the world seemed full of possibility. She applied to medical school, almost by chance, after accepting a last-minute invitation from a friend to tag along in taking the MCAT. She passed easily and advanced to a one-on-one interview with the dean of medicine. The Medical Care Insurance Act, introduced in Saskatchewan in 1962, was still a divisive topic when Mom walked into the dean’s office six years later. “So, what do you think of Medicare?” she was asked. Thirza answered honestly that she thought it was great, explaining that her own grandfather had died of what was probably a treatable illness because he couldn’t afford to seek care. 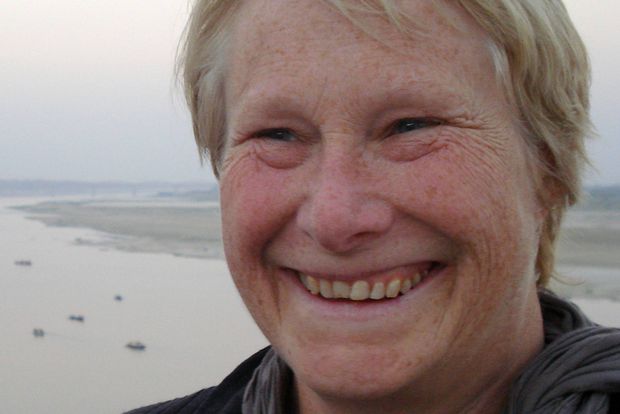 “But what about doctors’ autonomy?” the interviewer asked. She stuck to her guns, “I suppose I think patients are more important than doctors.”

The question made her blood boil: “You’re nice looking, don’t you want to get married and have babies?”

Thirza couldn’t hold herself back. “Do you ask the men that?” she blurted. There was a short, uncomfortable pause. “Well, that’s different,” the dean replied. She told me that she felt hot all over as she outlined it for him: “If I work at Eaton’s, I’ll hire a babysitter. If I’m a doctor, I’ll hire an expensive babysitter.”

The tense interview ended soon after, and Mom left knowing two things for sure: (1) that she’d called out some institutionalized misogyny, and (2) that she would not be going to medical school.

But shortly thereafter, she received her acceptance letter in the mail and the rest is history. Still, she would encounter a lot more sexism as a one of few women in the field at that time.

Thirza married her true love, Michael Cavanaugh, in 1974 and had two children, Sean and Sarah. Thirza and Michael travelled extensively, both for work and pleasure, and my brother and I were fortunate to go along with them. They collected friends like souvenirs across the world.

At home, Thirza loved hosting parties and encouraged raucous conversation and storytelling around her busy dining-room table. Even granddaughters Eleita, 6, Amy, 3, and Freyja, 2, were encouraged to speak up. Though we are heartbroken that they will not grow up beside her, the girls will certainly grow up with their grandmother’s stories and wisdom.

Thirza went on to specialize in obstetrics and had a distinguished and impactful career helping women. She was a teacher and mentor to young doctors and travelled to Indonesia to offer advice on maternal health; she also served as president of the Society of Obstetricians and Gynecologists of Canada from 2000-2001.

Thirza was proud to deliver more than 10,000 babies in her career and to be the first face they saw as they made their way into this beautiful world, full of possibility.